What is a Comedone and what causes them?

Hereditary oiliness, as well as, retentention hyperkeratosis are contributing factors to to the formation of open comedones. Retention hyperkeratosis is the technical term for the hereditary tendency of oily , acne prone skin to not shed cells. The cells build up inside the follicles, contributing to the congestion of the follicle, resulting in clogged pores and black heads. Open comedones are also known as blackheads that occur in oily skin areas. Blackheads are caused by a build up of dead cells and a mixture of sebum (oil) secreted by the sebaceous glands. The darkening of the tip of the blackhead is caused by oxidation. The follicle is dilated to the point where the sebum oxidizes, forming a dark “head” on the surface from exposure to the air. 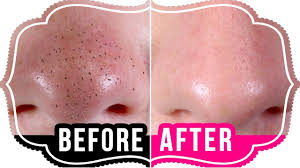 Are the tiny clogged pores I get on my nose the same as open comedones?

No, these tiny clogged follicles are called sebaceous filaments. Sebaceous filaments are similar to open comedones, but they are much smaller and contain mostly solidified, hardened sebum and little cell build up. The blackhead of the lesion is also caused by oxidation of the sebum exposed to the atmosphere at the top of the follicle.

How can comedones and sebaceous filaments be treated?